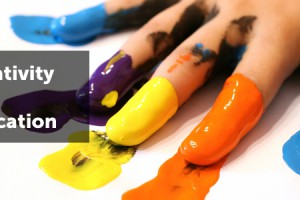 [dropcap]A[/dropcap] little girl was not very attentive in studies but during the drawing class, she was drawing something with a lot of attention. The teacher asked her “ What are you drawing? “ , She replied: “ I am drawing God “ . The teacher asked “ how can you draw God when nobody knows how he looks like” , The girl replied with confidence “ Don’t Worry , Now they will “.

Kids are very extra ordinary. They will take a chance in life, they don’t know if this is going to be right or wrong. They are not frightened by the idea of being wrong. Being creative and being wrong are not the same, but we do know that if we are not prepared to accept that every time we do something it might not always be right , we cannot make something creative.

As time passes by, this capacity is lost from the transition from being a kid to an adult. We are now more frightened of being wrong. In our current education system we are taught that mistakes are the worst things you can make and by doing so, we effectively also kill one’s ability for being creative.  Picasso one said “All children are born artists, the problem is to remain an artist as we grow up”. The irony of our current education system practiced all over the world is that we don’t grow into creativity but rather we grow out of it or rather it will be correct to say that we educate out of it.

If we take a look at the education system thorough out the world we will find out that at the top is mathematics, sciences and linguistics, then comes the humanity and at the very bottom is art. There is no school in the world where students are given the education in the same capacity are they given lectures about mathematics. By taking a closer look at our education system and if we were to conclude that who are the most successful people in this field, we will come to the conclusion that the University professors are the people who take away all the points. Once a friend of mine was telling me , how hard it is to become a professor in a university in Germany and it was truly an extremely hard job to do. But sometimes it makes you feel that professors think of their body as something which will carry their brain from one place to another and they don’t have anything else do rather than attending conferences and then writing some papers about stuff later on.

In our society the education system is truly built on the ability of a student depending on his academic achievement. When this system was designed, they need people to be educated so that they come out and work in the industry hence mathematics, sciences hold the top position. Most of us were kept away from things we always wanted to do, but were forced to study something with which we could get jobs with. It is due to this system that students have undermined their things which they always wanted to do. Studies clearly shows that during the next 25 years, there will be more graduates in this world that it produced in whole last century which means that there will be less jobs and the ones which needed Bachelors would now require a  Masters and in future to get a doctorate!. The entry examinations have made many brilliant minds to stay out of getting more education because they think they cannot make it and primarily they were not allowed to do what were good at during their school days.

We need to re-think how we provide education to the kids which are the true hope for the future. There is a wonderful quote which says that” If all the insects were to disappear from the planet earth, within fifty years all forms of life would disappear too. If All human beings disappeared form the earth , within fifty years all forms of life would flourish”. What human being celebrates is the gift of the human imagination, we have to be careful that we use this gift wisely for the better future, and the only way to do is when we use our creativity for what is meant for and to educate our children for the hope they are of the future. And our job is to educate our kids in such a way so that they are prepared for the tough future which is going to come and we may very well not be able to see that future but they will and only then they will be able to make something out of it.

from a talk of Sir Ken Robinson