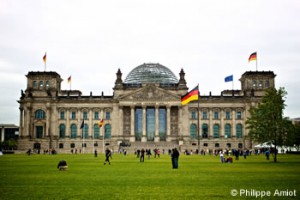 Semester fees not only cover administrative costs, such as enrolment fees and re-registration fees, but also include a social contribution to the Studentenwerk (local student services organisation) for running the mensas, cafeterias, halls of residence, and advice services. The semester fees also contribute to the official body that represents students at the institution, such as the AStA (student union), and also go towards funding semester tickets for public transport, where applicable. You are obliged to pay semester fees if you wish to study at a higher education institution.

Tuition fees are usually charged by private higher education institutions and for postgraduate programmes. Students who exceed the standard period of study by more than four semesters (long-term students) may also be liable to pay tuition fees. In 2007, general tuition fees began to be introduced in Germany, which every student had to pay from the first semester onwards, allowing other fees – such as long-term study fees – to be dropped. In the meantime, however, most German states have abolished tuition fees.

Tuition fees in the German federal states – an overview