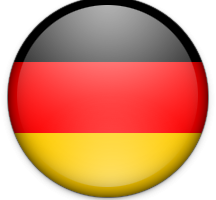 So that the Ministry follows a recommendation of the Federal Council

The police checked cyclists: The picture was taken in 2013 on the Caroline court in Darmstadt. Archive Photo: André Hirtz
Many cyclists disregard traffic rules, in some cities the red light offense or driving on the wrong side of the road belong to normalcy.According to ECHO’s information, the Federal Government is planning new fines.
BERLIN.

Cyclists should also be asked, according to the federal Department of Transportation continue to checkout when they go on a bike path in the wrong direction, although not requiring use bike path in the right direction is available on the street. This finable offense does not exist yet. For violations up to 35 € now could be due. This refers to those routes, which are closely applied to the roadway and not marked with blue signs.Especially in the cities of these tracks are common.

So that the Ministry follows the recommendation of the Federal Council, who inspired the recording of the offense in the traffic regulations. In the corresponding regulation states, driving on bike paths in not permissible direction is now a “frequently occurring misbehavior with high accident risk and risk potential”.

Even now, anyone who does not use a bike path marked with a blue shield, must pay up to 30 euros, who, contrary to the direction of travel goes out up to 35 euros. Without Blue Shield bike paths are not subject to use.

With the new regulation federal and state governments of their line remain true to punish cyclists in the face of a growing number of violations of traffic rules even harder. So were most recently in early May many fines have been increased. Who rolls, for example at a red light and get caught, must now pay at least 60 euros. In addition, there is a point in Flensburg, even if one does not have a driver’s license. Who phoned on the wheel with the phone, the threat of a fine of 25 euros.

Also always a problem: cyclists who cycle through the pedestrian zone. Who does not descend, pays 15 euros. Freehand also drive costs five euros – and who goes against the one-way street illegally, have to pay a minimum fine of 20 euros.